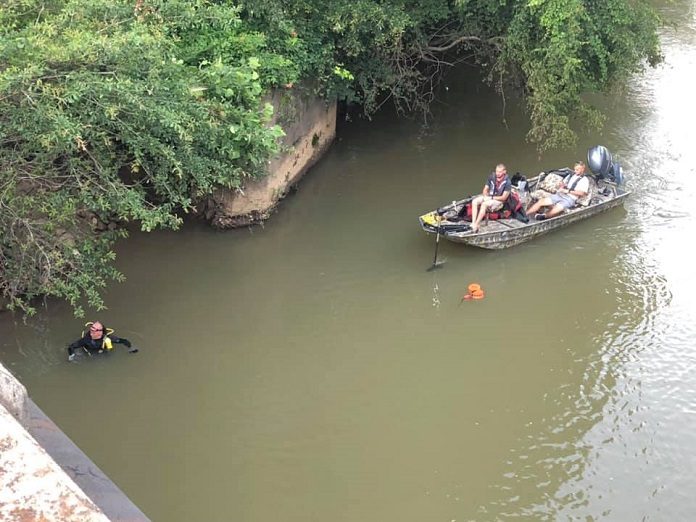 According to Greenville County Sheriff’s Office public information officer, Lt. Ryan Flood, the man was swimming with some friends, when he submerged and did not resurface,
At approximately 5:45 the GCSO was notified.
The Greenville County Sheriff’s Office was the controlling agency but several Anderson units also assisted along with the Piedmont Fire Department, which put its rescue boat in the water.

“Our boat is pretty diver friendly, with a dive platform that lets the guys grab a rest without having to get all the way back in the boat,” said PFD Chief Tracy Wallace. Other units assisting were the Greenville County dive team, the Greenville County Emergency Response Team, Anderson County Technical Rescue, and the West Pelzer Fire Department.

Wallace said the incident occurred fairly late Saturday afternoon Saturday afternoon. “We searched until dark and suspended operations until the next morning. The search resumed on a somewhat smaller scale, and the victim was recovered at about two p.m.”
Anderson County Emergency Management Director David Baker confirmed that Greenville County had the lead in the search. “As we always do, and they always do, when one county calls for help, the other responds. We sent personnel and equipment. Unfortunately the result this time was an unhappy one. I would just remind people that the Saluda is a fairly swift river and it can be tricky. So use caution if you have to get in the water.”