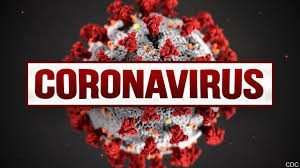 By Stan Welch
Despite an announcement by the Center for Disease Control, the national authority on the coronavirus pandemic, that only six per cent of the deaths credited to COVID-19 were caused solely by the virus and no other causes, Anderson County Council cancelled its regularly scheduled meeting Tuesday.
A slight increase in the number of cases may have led to that decision.
According to figures provided by the county emergency management division, most of the zip codes in the county saw an increase of 1-3 new cases, for a total of 3147 cases reported since March of this year. There have been 110 deaths, and there are currently 533 active cases, and 2504 inactive cases. Those numbers change daily, going down as often as they go up.
Piedmont, Pelzer and Williamston all saw slight increases with Williamston seeing two new cases, and the other two towns seeing one each. For the previous two weeks, the numbers had been relatively flat, and the increases since then scarcely qualify as a spike.
The announcement by the CDC about the overwhelming prevalence of other contributing factors in the approximately one hundred seventy thousand deaths attributed to COVID brings the number that can be attributed solely to COVID under ten thousand (9673). In the vast majority of cases, two or more additional factors were present, such as other respiratory factors, or cardiac issues, or diabetes, or otherwise compromised immune system issues