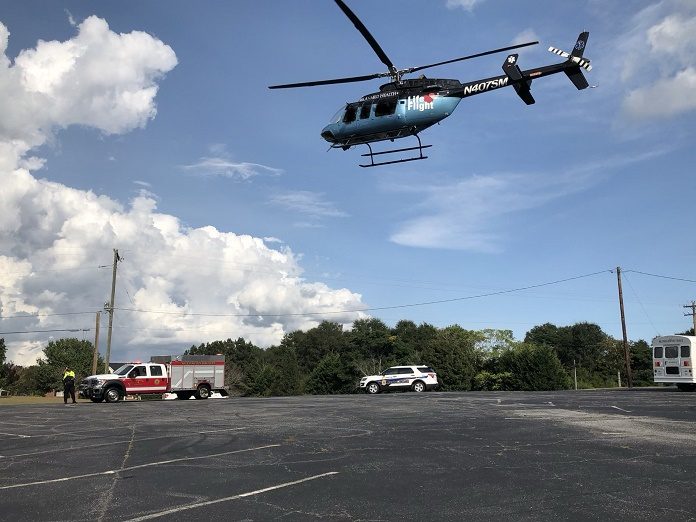 A motorcyclist was injured Monday afternoon in a single vehicle wreck on South Hamilton Street. The driver was transported by Medshore Ambulance Service to a nearby landing zone that was set up by Williamston firefighters. Williamston police officers investigated the wreck. The driver was flown to Greenville Memorial Hospital by LifeFlight helicopter. (Photo by David Rogers)