By Stan Welch
Controversy is once again arising in relation to a Class Two C&D landfill located on Hamlin Road.

District Six County Councilman Jimmy Davis, whose district includes the site, and District Ten state representative West Cox will be holding a public meeting online to receive information and allow public input into the proposed expansion of the landfill.

The landfill has a history of controversy extending back more than a decade, when former councilman and current federal inmate Ron Wilson represented the district on county council. WasteCo, which operates the landfill, which is licensed only to receive and recycle construction and demolition debris byproducts, was encouraged by the county to relocate to the site from a location that they already owned. The purpose of the landfill was to provide a site for the disposal and management of construction and demolition debris at the northern end of the county, which was experiencing a construction boom. The only licensed C&D site in the county at that time was all the way down in Starr, at the other end of the county.

The original owners of the Hamlin Road site were encouraged to locate there by former county administrator Joey Preston; but the county, instigated by Wilson, later challenged the permitting process. That lead to a lawsuit, which the county lost; and the C&D site was established. In the years since, there have been some complaints of the heavy truck traffic, but recently Davis says that complaints of offensive odors have been frequent from area residents. “I thought C&D landfills weren’t supposed to smell bad,” said Davis. He stressed that there was no indication that anything but C&D products were being handled at the site.

But the odors aren’t the main reason for the meeting, which will be held at 6:30 on February 18, and can be attended on computer, telephone or other devices. Those wishing to participate should visit the website scdhec.gov/Greenpointe to register.

The reason for the meeting is to receive public input and to provide information to the public concerning the expansion plans for the landfill. “I just thought that the people who live in District Six deserve to be informed and to offer their input on this plan,” said Davis. “I appreciate DHEC making this opportunity available so that we can all be involved before any decision on the expansion is made.”

The meeting will be held at 6:30 on February 18, and can be attended on computer, telephone or other devices. Those wishing to participate should visit the website scdhec.gov/Greenpointe to register.

After the meeting, public comments will be received until 5 p.m. on March 5. Comments should be directed to Justin Koon, of the Bureau of Land Management at DHEC. Koonjt.DHEC.SC.Gov 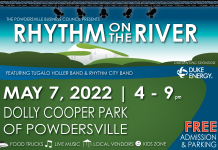 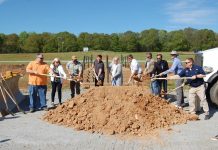