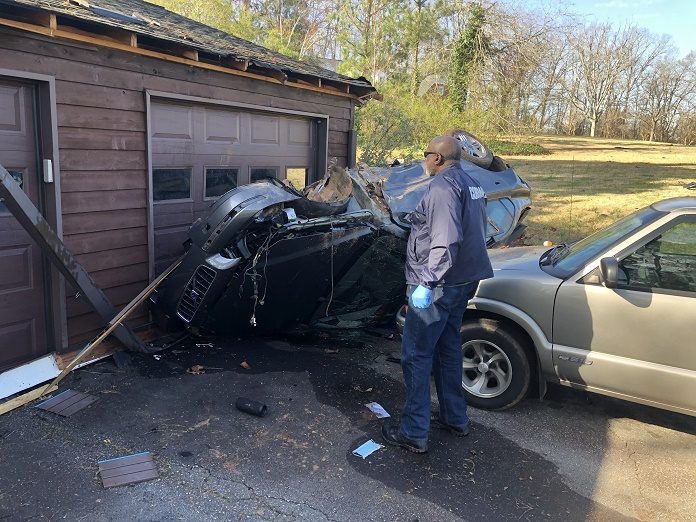 Anderson County Deputy Coroner Charlie Boseman surveys the scene of a fatal wreck Saturday morning. The wreck happened in the early morning hours and was not discovered until daylight. The driver of the car lost control of the vehicle and it ran off St. Paul Road causing the car to overturn several times. The driver was ejected and died at the scene. Pelzer EMS responded along with deputies and troopers. St. Paul Road is located in Northern Anderson County, off Hwy. 8 near Easley, in the Three & Twenty area. (Photo by David Rogers)