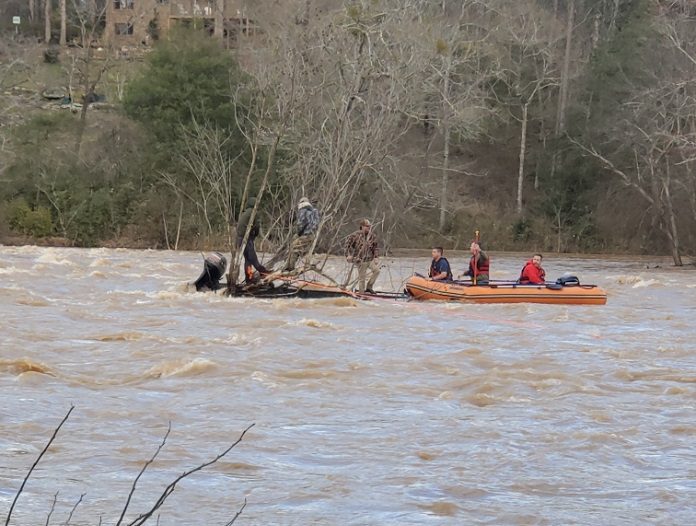 West Pelzer firefighters along with Anderson Technical Rescue team approach three stranded boaters Friday evening on the Saluda River. Rescuers picked up the three and took them to the river bank downstream. The three were in a boat when it sank north of the Highway 20 bridge near Pelzer. Pelzer EMS also responded but the three were not taken to the hospital.