Investigators with the Greenville County Sheriff’s Office have arrested 57 year-old, William Lee Miller in connection with a case involving him inappropriately touching an elementary school student.

Investigators received the complaint from Administrators at Sue Cleveland Elementary on Wednesday, May 5th regarding Miller, who worked as a building services employee at the school, inappropriately touching the student. An investigation ensued and Investigators learned that the student revealed this information the day of the incident (May 4th) and subsequently the proper authorities were notified. During the course of the investigation it was discovered that Miller inappropriately touched the student on her buttocks and made inappropriate comments to her after she entered a school stairwell.

Following the investigation, deputies located Miller at his residence and took him into custody without incident. “We are extremely proud of the courage displayed by this young child and very grateful for her parents and the school administrators for their timely response in communicating this matter,” said GCSO Public Information Officer Lieutenant Ryan Flood.

Miller has been charged with 2nd degree Assault & Battery and is currently in the Greenville County Detention Center awaiting a bond hearing. 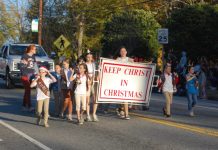