By Stan Welch
Anyone who has lived in the northern end of Anderson County for more than three years knows how fast the area is growing, both in terms of population and commercially. The statistics provided below were supplied by agencies of Anderson County.
With the 2020 Census only recently completed, these numbers are based on the 2019 Anderson County Survey and are not strictly current, but are illustrative of the trends at work in our part of the county. The numbers referred to by town names do not necessarily reflect new construction within those municipal limits.
For the entire area, the 2021 population should be in the neighborhood of 48,097 persons.  The 2010 population was 41,277.  That means the population has increased by 6,820 (or 16.5%) since 2010, with an annualized growth rate of 1.5%.By comparison, Anderson County’s current population estimate is 204,882 (a 9.5% increase since 2010) with an annualized growth rate of 1%.
Since 2010, the Powdersville/Concrete area has grown by about 3.1% per year, which makes it the fastest growing part of the county, and one of the fastest growing in the state. The Mt. Airy/Brushy Creek area has grown by about 2.2% annually, and White Plains/ Piercetown has grown by 2.1 annually.

The White Plains area, especially in the 32 Interstate cloverleaf, has also seen the construction of a 200,000 square foot warehouse. Begun as a spec, or speculation building by the county, both the building and the thirty or so acres it sits on was purchased by Ryobi, Inc. Otherwise known as TTI, the company also has a large campus at the next exit south, Exit 27. The company has experienced both explosive and sustained growth since its opening just a few years ago. It has consistently outperformed the capital investment and job creation requirements associated with the economic incentives it received.

Additionally, the Love’s Truck Stop chain has recently received a permit for the construction of a truck stop on the southwest quarter of the interchange. The facility, which will occupy approximately twelve acres, will also result in the construction of turn lanes as well as acceleration/deceleration lanes. There has also been moderate residential construction in the general area as well.

The Williamston/Pelzer and Williamston Mill/Bowling Green/Cedar Grove areas have had more moderate growth of around 1% annually, which is in line with the growth rate for the county as a whole. While the kind of economic development that often drives population growth has been lacking, the Williamston area has seen a recent uptick in residential applications for construction, according to the county, with fifty eight applications processed since July of last year. There has also been one commercial application; most likely for the construction of the location being built to house the new ACE Hardware store.
The Piedmont/Simpsonville and West Pelzer areas are shown as having minor population decline; however, the census bureau’s estimates may not accurately reflect some of the building activity in recent years or currently underway. That is almost certainly the case, since county records indicate that the Piedmont area received 129 residential permits and three commercial ones.

Pelzer and the surrounding area have seen seventy seven residential applications and one commercial. West Pelzer which uses a third party service to monitor and administer the town’s permits, reports twenty four permits issued for construction since July of last year. 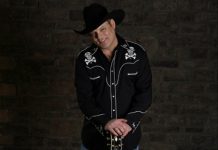