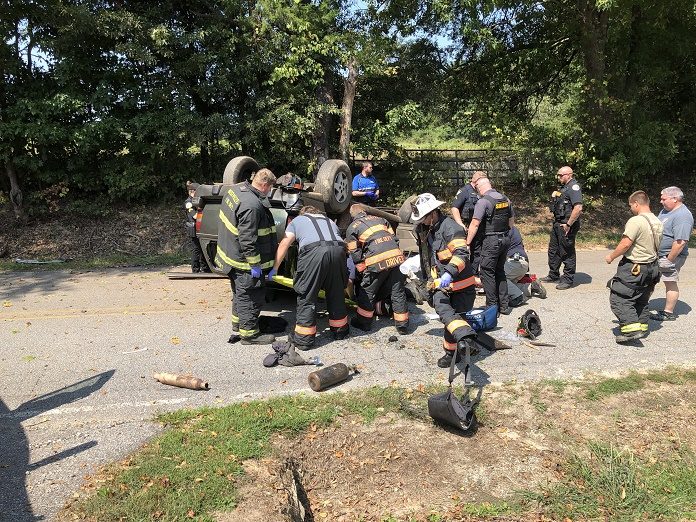 Three people were injured after the vehicle they were in struck a tree and overturned on Rogers Road Sunday afternoon. Belton police officers had been pursuing the vehicle before it crashed. The chase began in Belton and went out Hwy 247 to Hwy 25 in Greenville county. It eventually went through Piedmont on Hwy 86. Shortly after, the Belton officer terminated the chase. A few minutes later it was reported the suspect vehicle had wrecked. West Pelzer and Wren firefighters along with Medshore Ambulance Service responded to the wreck.

The driver, Jonathan Josey Carter, 26, was found in possession of 32g of a crystal like substance that field test positive as Methamphetamine, 3g of marijuana, and two handguns, one .40 Smith & Wesson, one a 9mm with a round in the chamber.

Carter is facing charges of possession of a firearm during the commission of a violent crime, trafficking methamphetamine, failure to stop for blue lights, and other traffic offenses. (Photo by David Rogers)