Anderson County’s unemployment rate declined from 4.0 percent in July to 3.9 percent in August, according to the latest Local Area Unemployment Statistics (LAUS) data from the US Department of Labor.

Total employment increased by more than 1,500 from one year ago. More importantly, employment increased by almost 1,000 from August 2019, indicating that Anderson County is gaining back ground ceded during the height of pandemic-related economic stress.
All categories of labor-force numbers declined slightly from July to August, following an annual retrenchment due to a drop in seasonally-based employment.

“The activity is what we generally expect based on trends observed over the past decade” said Steve Newton of the Anderson County Administrator’s Office. “Though we still have some catching up to do for us to be where would’ve been without the disruption, it is encouraging that we continue to move in a positive direction. “

In August of 20129, just months be4fore COVID exploded on the scene, Anderson county unemployment was at a remarkable 2.5 per cent, with twenty two hundred thirty one unemployed. A year later, that figure had basically doubled to 4.9 per cent, with forty five hundred thirty five people unemployed. Following the post COVID rebound, that number has fallen to thirty six hundred forty nine people receiving benefits, reflecting the 3.9 per cent unemployment rate. 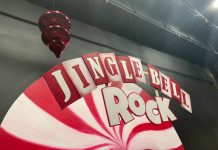