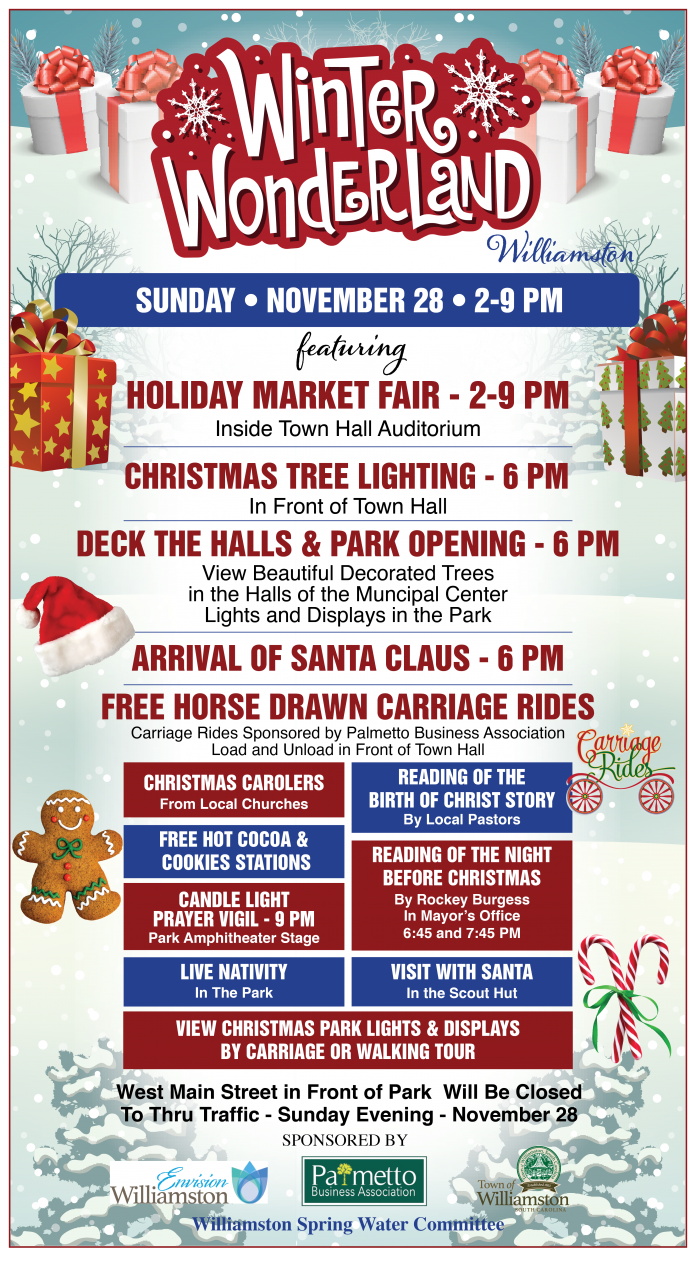 Williamston’s new Winter Wonderland event will include a holiday market fair from 2 p.m. to 9 p.m., and Christmas tree lighting, Lighting of the Christmas Park and opening of Deck the Halls and other holiday activities beginning at 6 p.m.
The event will feature an opening night ceremony at 6 p.m. in front of Town Hall. Local pastors will participate in the ceremony which will include reading of the Birth of Christ story and Christmas Carolers from local churches. There will a special appearance by the Pelzer Light People and mayors from nearby towns as special guests.

Immediately following the opening ceremony, Williamston Mayor Rockey Burgess invites local children to his office for a reading of “The Night Before Christmas” at 6:45 and 7:45 p.m. There will also be cookies and milk.

Other special activities will include a live nativity in the park sponsored by Calvary Baptist Church, carolers, hot cocoa and cookie stations in the park, Santa in the Scout Hut, and there will be “snow”, at least will look like snow, made with a special “snow making” machine.

The free carriage rides are being sponsored by the Palmetto Business Association and will feature two horse drawn carriages decorated for the holidays, offering free rides from 6 p.m. to 9 p.m.

A candlelight prayer vigil will be held at 9 p.m. at the park amphitheater stage and will close the nights activities.

From 6 p.m. to 9 p.m., a portion of West Main Street in front of the park will be closed to vehicle traffic. On opening night only, the Christmas Park will only be accessible via carriage or foot traffic.

The West Pelzer/Pelzer Christmas Parade of Lights will be held Saturday, Dec. 4 at 5:30 p.m.
The parade will begin at the West Pelzer Fire Department and proceed through West Pelzer and Pelzer.

The Williamston Christmas Parade will also be held Saturday, December 11 at 3 p.m. The theme will be “Keep Christ in Christmas”.
The parade will begin at the traffic light at Hamilton St. and Greenville Dr. and will end at Calvary Baptist Church. There is no fee to enter the annual parade, but all entrants are encouraged to bring plenty of candy. 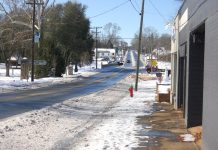 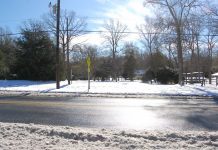 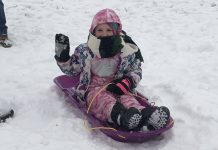 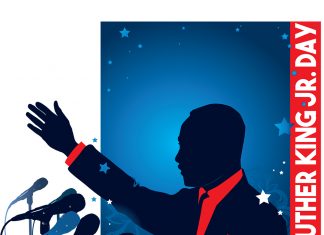