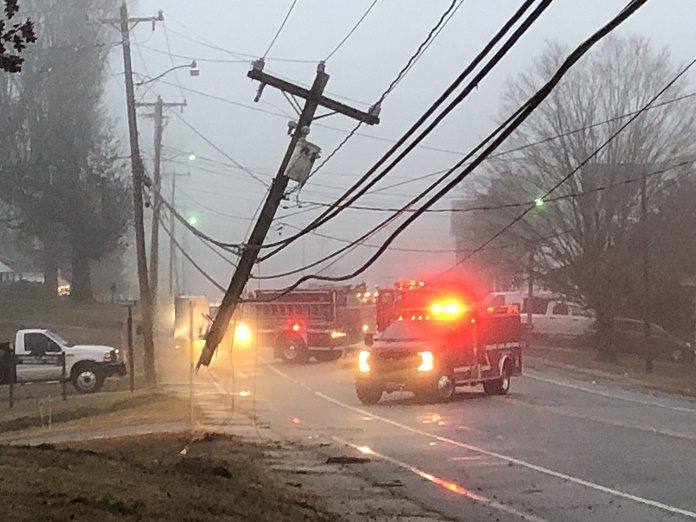 One person was killed and another injured in a single vehicle wreck Saturday morning (Dec. 18). It happened on Highway 86 in Piedmont when a 2002 Jeep Liberty left the roadway, struck a utility pole and overturned, according to the SC Highway Patrol. The driver was partially ejected and died at the scene. A passenger was transported to the hospital by Medshore Ambulance Service. Piedmont firefighters also responded and the roadway was closed for several hours. According to South Carolina Highway Patrol, the crash happened at 4:35 a.m. on SC Hwy 86 (Anderson Street). According to the Anderson County Coroner’s Office the driver, identified identified as Natasha Nicolemay Johnson, 33, of Pickens,  fell asleep at the wheel. The accident was being investigated by the coroner’s office and highway patrol. (Photo by David Rogers)