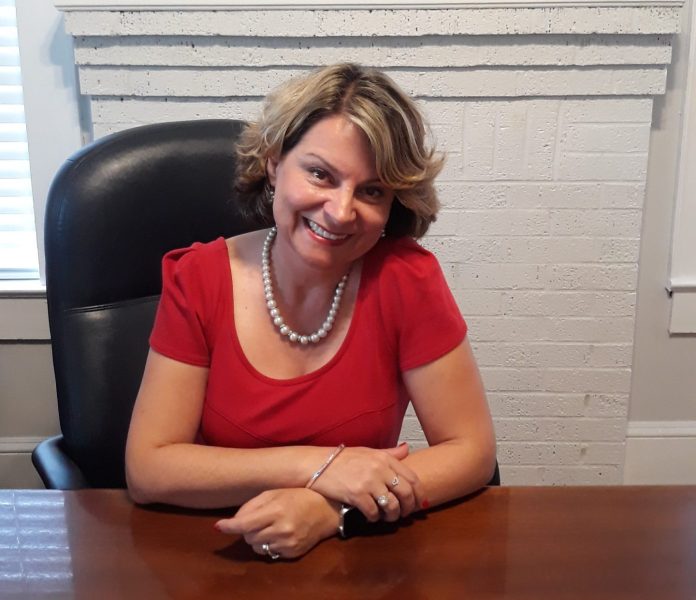 It was a journey, with signs along the way

In May, Ortiz co-sponsored the Envision Williamston “Cinco De Mayo” celebration held in the park
She opened her office in Williamston on June 1.
The same week the office opened, the Cristina Ortiz State Farm agency presented Envision Williamston with a $10,000 grant as part of the State Farm Outstanding Community Engagement Program.
Ortiz was selected for the grant as part of State Farm’s recognition of her for being 1 of 100 agents nationwide, who were nominated and selected for their outstanding community engagement. She decided Envision Williamston would be the recipient.
But even after that big announcement, giving back to the community didn’t end.
Ortiz will sponsor some of the “Freedom Games” at the upcoming Freedom and Fireworks Celebration in Williamston.
She thanked Mayor Burgess and Hamby for helping her and making her feel so welcome..
“Every person I’ve met so far, I’ve received such a warm welcome. Overwhelming love.”
“I am here to serve this community and to tell my story,” Cristina said. “I love to tell my story,”she said. “I want to tell my story.
******************************************************
“If you do the right thing, God has a way. Dreams can happen. If you have faith and work hard. Coming to the land of freedom, it does happen.”
*********************************************************
“I am very, very excited to be here,” she said. “And to be able to work with these people. My team, shared values, giving back to the community.”
“I am on the right path. South America, Japan, the US, the different cultures, I have seen a lot.”
“It is the perfect location, the perfect people to work with. Customers have been amazing,” Cristina said.
The Williamston agency became available after the unexpected death of State Farm Agent Sherilyn Woodruff in late 2021.
Ortiz said after the agency became available and she visited Williamston, she felt like it was another sign.
“This community needs you there,” she told herself. “You can’t walk away from something God is giving you.”
*********************
“Choose the life, it is not always easy. There are no excuses for not doing what you have to do in life.”
***************************
Connecting the past and future and finding a home –
Cristina said that before opening her new office, when she was traveling from Mauldin to Williamston, she found a connection to the past that she loved so much.
“It was an opportunity to go back to my grounding as a human”, she said. “Back to that farm in Bolivia. I lost that big farm, the horses . . . “.
But on the way from Mauldin to Williamston – “The horses, cows, farmland, I can see every day. I knew in my heart. God knows what is in my heart every day.”
“I was raised on a farm, with pastures, farms, in another country. But there are shared values that cross borders and countries.”
“We had similar education as a kid, and the cows, the horses,
“It was calling my heart. I Love nature. I have to be a part of that nature.”
She related her experiences in Mauldin and now to be in Williamston.
“To see how blessed we are, with leadership and community.” “I have the same vision, it will happen”.
She praised the “beautiful park” in the center of town, where she came and prayed before her interview with State Farm on the Williamston agency.”
She said she is working on a book with her team, the last page is yet to be written, the dream continues . . .
The Cristina Ortiz State Farm Agency office is located at 806 Anderson Drive in Williamston. For more information call 864-847-7285 or visit their website
www.myagentcristinaortiz.com 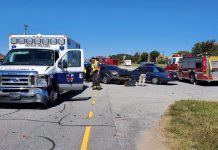 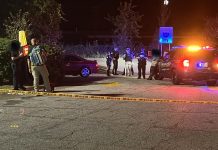 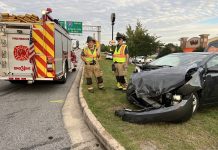