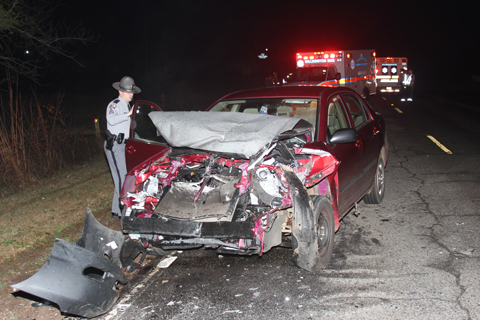 A SC State Trooper examines a car that rear ended an SUV on US Highway 29 North Wednesday night. As workers were clearing another accident scene the second one happened. Both drivers and two children in the car were taken to the hospital. West Pelzer firefighters along with Pelzer and Williamston EMS responded to the call. Fog in the area at the time may have contributed to the accidents, officials said. (Photo by David Rogers)