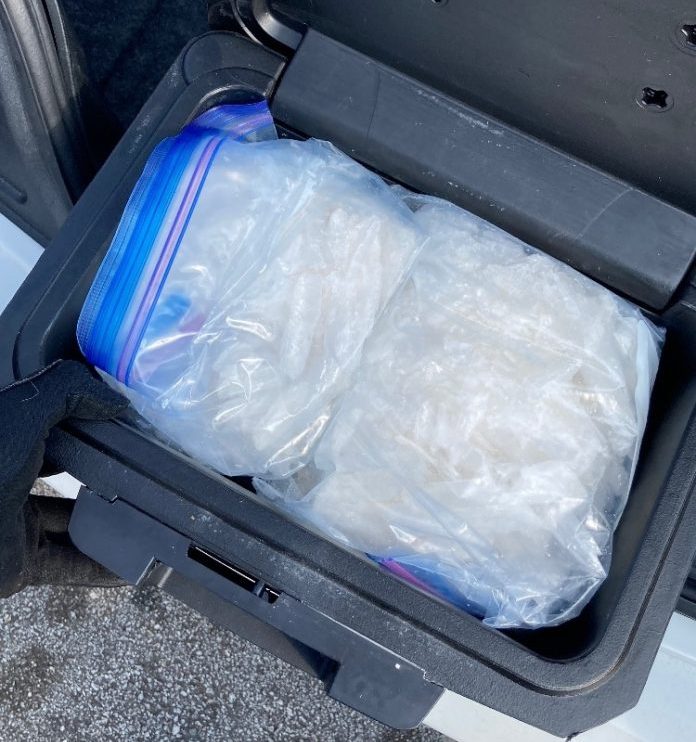 Law Enforcement officials from DEU, SLED, and the Pickens County Sheriff’s Office (PCSO)
successfully busted a methamphetamine distribution ring and arrested three subjects to include Tina Marie
Foust (age 34), Chris William Bridwell (age 39), and Matthew Scott Waters (age 34). The subjects were operating from a hotel in the Woodruff-area and attempted to smuggle the illicit drugs into Greenville County from Georgia.
DEU Investigators intercepted two vehicles entering South Carolina from Georgia and a search of the vehicles identified over 4 pound of methamphetamine with an estimated street value of $250,000.
Commander McEntire stated, “We continually hear of individuals involved in the drug trade making runs to the Atlanta-area to obtain methamphetamine. Most often, the methamphetamine is supplied by the Mexican cartels. It is the “cannonball run” of drug trafficking. Just like the history of the cannonball run highway races, traffickers will utilize runners, makeshift vehicles equipped with hidden compartments, tandem teams,
utilize back roads and employ other means to prevent law enforcement from intercepting shipments. Unfortunately for this group, it did not work and we were waiting.”
Commander McEntire added, “The investigation is still ongoing and investigators are following up on additional leads that developed over the past three days. Our law enforcement officers from the DEU, SLED, GCSO and the PCSO worked tirelessly for many hours on this investigation. While there is still much work to be done and we will continue to cooperate with our fellow agencies, we take pride in the win for dismantling this drug connection. We are grateful to both the PCSO and SLED for the assistance
in this investigation.”