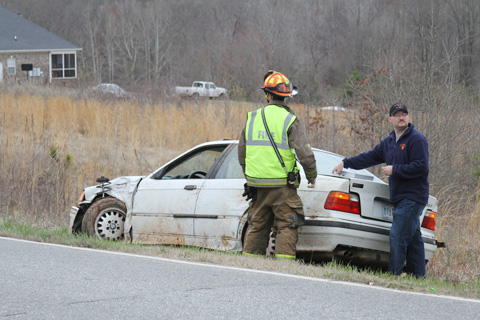 Whitefield firefighters stand by a car after the two occupants fled on foot Sunday afternoon after the BMW crashed in a curve on Breazeale Road. Other firefighters tracked the driver through a heavily wooded area and led him back to the car as state troopers arrived. He was placed under arrest by troopers. (Photo by David Rogers)