A series of improvements designed to make the intersection of Campbell Road and Highway 81 in the White Plains area safer appear to be coming along quite well.

Melissa McKee, project manager for SCDOT, is overseeing the intersection realignment of Campbell Road East and Campbell Road West. Campbell Road runs between Highway 8 and 81 near Spearman Elementary School. Where it crosses Highway 81, the two roads are badly aligned, contributing to a number of serious accidents.

“There is also a bad curve in the east end of the road, and we are straightening that out as well,” said McKee. There will also be turn lanes off of Highway 81 onto Campbell Road, which is a major surface road in the area. In addition to tractor trailers and other big trucks using the road to cut between the two major highways, and saving two or three miles, many parents drop off and pick up students at the Spearman School.

The project, which costs approximately $500,000, is being done as a safety improvement. McKee says the SCDOT has no plans at this time for a traffic light at the intersection. “We have no such intentions at this time, unless a sizable development of some sort appears in the coming years.”

The contract for the work calls for a completion date of November 30 of this year, but McKee says the project is far ahead of schedule, and may be finished as early as the end of August.

The project is one of several going on in the District Seven area, including resurfacing of Cherokee Road near Williamston and the resurfacing of Highway 8 through West Pelzer. 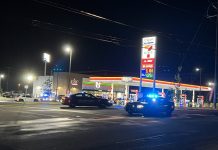 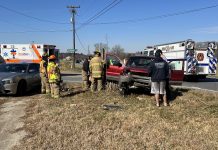