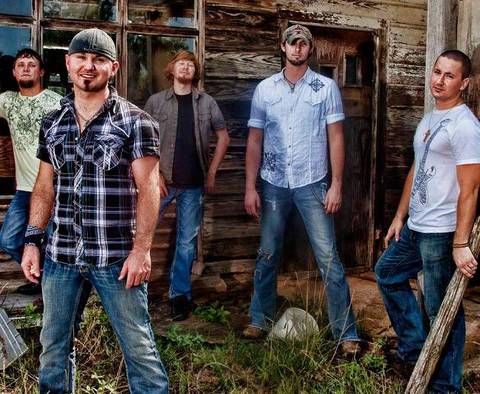 The Greater Williamston Business Association (GWBA) will sponsor their second “Party in the Park” event Friday, Aug. 9 beginning at 5 p.m. Outshyne, a local band that recently signed a deal with a Nashville record label and the band has a song on the Billboard Top 20, will be performing at the event. Party in the Park features an evening of free music and other fun activities for families while promoting local businesses. The event will continue rain or shine, organizers said.

“We are promoting local businesses with good food and free kids activities,” GWBA President Chris Trotter said. “This is going to be a great event in Williamston for everyone to come together and have a great time enjoying great music by an awesome band.”

Outshyne released their first single to radio in January. The single, a rocking country tune called ‘Dirt Road Romance” was written by one of the hottest bands in country music right now, Florida Georgia Line (Tyler Hubbard & Brian Kelley) along with Arlis Albritton.

Lead singer Waylon Owings said the song was not going to be used by Florida Georgia Line so they gave it to Outshyne. “When we first heard this song, we knew we wanted to do it. We felt what better way to introduce ourselves to country radio, than with “Dirt Road Romance.”

Outshyne has been a popular regional band for several years. They headlined entertainment at the Spring Water Festival in 2010 and since then have opened for artists including Justin Moore, Colt Ford, Jake Owen, Joe Nichols, Gary Allen and Florida Georgia Line.

One of their proudest accomplishments is the creation of their first CD “Country Boy in Me.”

The new single and CD “Startin’Over” are available on iTunes, Amazon and all digital media outlets.

Outshyne will perform at 8 p.m.

There will be free rides on a trackless train, inflatables and face painting.

Entertainment will include a DJ from 5 to 7 p.m., the band Something About A Girl from 7 p.m. to 8 p.m. and Outshyne at 8 p.m. There will be line dancing and shag music during the break.

For more information on the Greater Williamston Business Association, go to their new website at www.gwba.info.