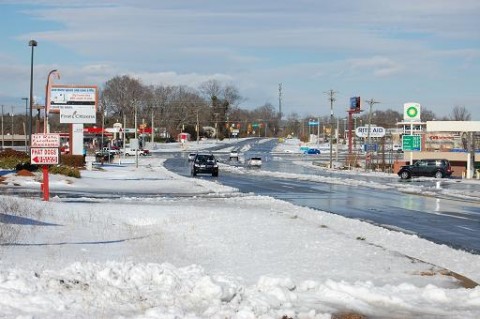 The upstate received approximately 1-2 inches of snow early Tuesday and braced for the second round of winter weather that brought another 2-3 inches overnight Tuesday and into Wednesday. By Thursday main roads, such as Hwy. 81 and Hwy. 153 in Powdersville, and Hwy. 8 and Hwy. 20 in Pelzer and Williamston, were clearing however secondary roads and parking lots remained covered.