South Carolina State Representative Eric Bedingfield has announced his intention to resign next year.
Bedingfield says he is stepping down on January 18, 2018 to become director of government affairs at Greenville Technical College.
“There is a season for everything,” Bedingfield wrote in announcing the move on his Facebook page.
According to a letter sent to S.C. Speaker of the House Jay Lucas, Bedingfield said his reason for staying on through next January was to finish “the important work of the House Opioid Abuse Prevention Study Committee.”
“I know that the follow up work that will come from our findings and discoveries will be in the very capable, dedicated hands of my fellow committee members and the House as a whole,” Bedingfield wrote in his letter to Lucas.

Bedingfield represents House District 28 in Southern Greenville county. Before being elected to the House in 2007, he served on Greenville County Council, District 28 from 2002 to 2006. 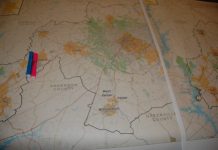