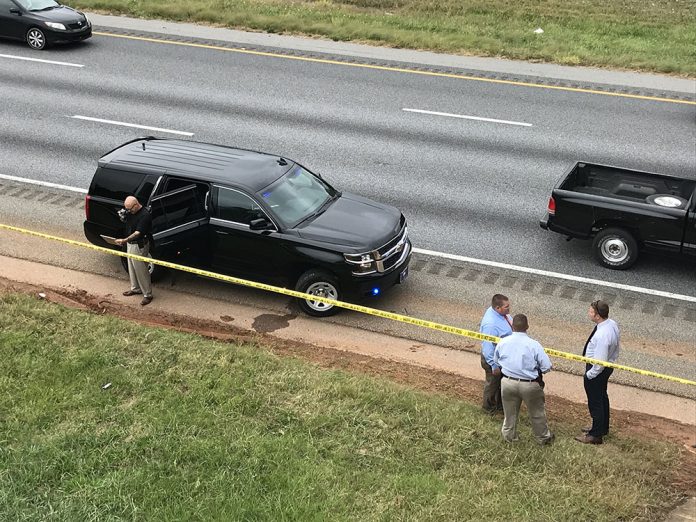 Anderson County deputy Coroner Don McCown (left) arrives at the scene on I-85 Friday afternoon where a mans body was found. Authorities were called after someone discovered a body in a grassy area near the Elrod Road bridge overpass. Wren firefighters along with Pelzer EMS responded to the call along with deputies. An autopsy is scheduled for Tuesday. (Photo by David Rogers)

According to reports, the severely decomposed body was found in a grassy area near Exit 39 around 1:30 p.m. Deputies were also investigating an abandoned vehicle nearby.
The victim was identified the victim as 40-year-old Shawn Stephen Martin and according to the Anderson County Coroner, Martin had been dead since October 10.
An autopsy has been scheduled for Tuesday, however the coroner said there were no signs of foul play. This case remains under investigation by the Anderson County Sheriff’s Office and the Coroner’s Office.