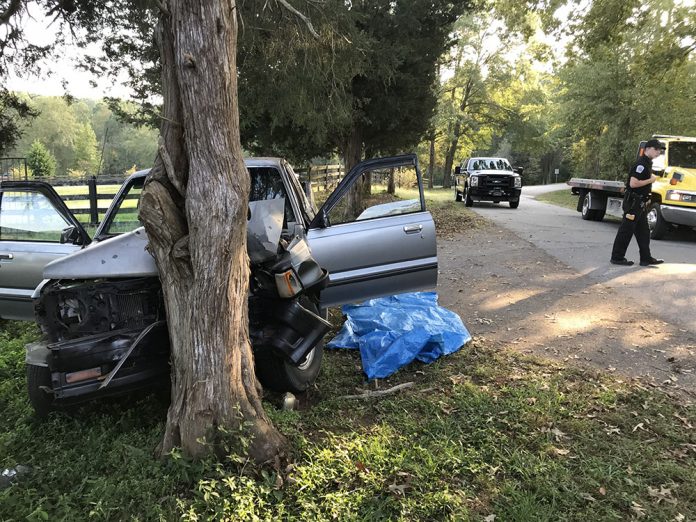 A forensics officer with the Anderson County sheriff’s office works at the scene of an accident Saturday. Three and Twenty firefighters along with Pelzer EMS responded to a truck versus tree on Ridge Road. When they arrived they discovered the man in the truck had been shot and was deceased. (Photo by David Rogers)

Anderson County Chief Deputy Coroner Charlie Boseman said the crash involved a small Mazda pickup truck in which the driver, Roger Alan Denny, 44, of Easley was heading east on Ridge Road, came out of a curve and hit a tree head-on.
According to Anderson County Sheriff spokeswoman Nikki Carson, Denny suffered at least one gunshot wound. The incident remains under investigation.