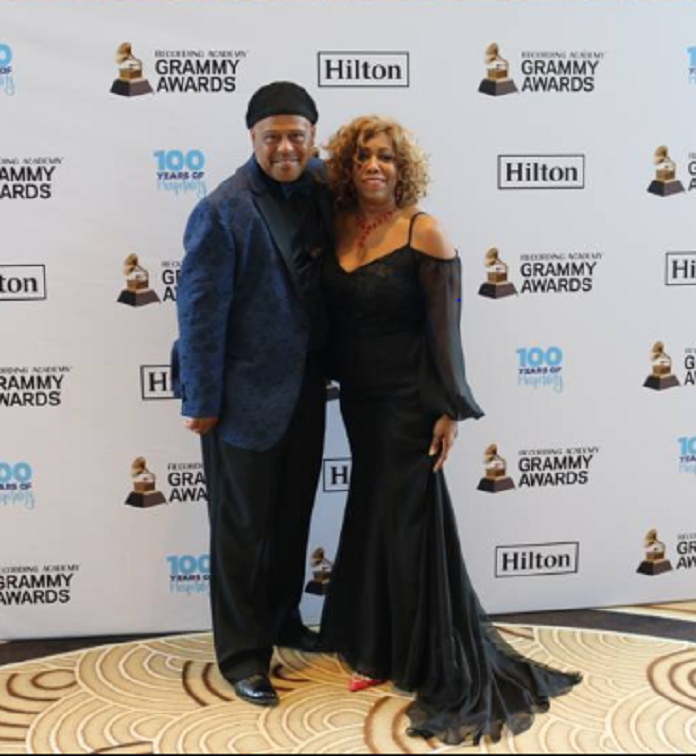 Each year, Hilton hosts the highly anticipated Rock Star Contest, sending the lucky winners to the Grammy Awards complete with an all-expense paid weekend in Beverly Hills, CA, VIP tickets to the Grammy’s, pre and post-Grammy after-parties, limos and suites at the Beverly Hilton.

Walker is a member of the Global In-house Legal Team working from Hilton’s International Corporate headquarters in McLean, Va, a suburb of Washington, DC. She was chosen from thousands of participants who submitted a video capturing their passion for spreading the light and warmth of hospitality through musical talent.

She submitted an original tune written by her fiancé (and world famous bass player) KC Clifton, called “I Choose You.”

As the Official Hotel Partner of the Grammy Awards, 2019 marks the 31st consecutive year of the successful partnership between Hilton and the Grammy Awards. For 100 years, Hilton has set the stage for some of the world’s most memorable and iconic moments, and their Team Members have been at the heart of it all.

Walker is the daughter of the late Larkin V. Walker, Jr. and Lillian Ruth Walker Whitted, and sister of Wanda Walker, who works for the Town of Williamston Mayor’s Office,

A keyboardist as well as writer/arranger and vocalist, Angela Walker is a classically trained southern girl from Williamston with deep roots in gospel and musical theater. A graduate of Palmetto High School, Howard University and University of Michigan, Walker began taking piano lessons at age of five and started playing for Mt. Pleasant Baptist Church at age 10, then continued to direct choirs from high school through the college level. In May 2018, she retired after fifteen years as Worship Arts Director (music, theater and dance) at Unity of Gaithersburg (MD).

In junior high she started playing trombone because she wanted to be a part of the marching band at Palmetto High School and likes to joke that “you can’t push a piano down a football field!”
Walker has performed in shows and festivals all around the world as a vocalist and keyboardist with world reknowned artists including Maceo Parker, the Softones and Prince. She serves as musical director for HALO, The Intruders, The Force MD’s, Blue Magic, and Jazz from Dru Hill.

Walker and her fiancé’s principal projects are their R&B and backing band PowerGlide, their horn band One Flight Up and FrameWerk, as well as musical theater projects in the greater DC area.

Chris Nassetta, CEO of Hilton Corporation, said “Our Team Members have always been world famous as Rock Stars of hospitality – delivering on our Mission “to be the most hospitable company in the world. The contest provides Team Members with the opportunity to share their incredible musical talents with the world. This year proved to be another amazing year with vocal or instrumental Rock Star entries from across the globe. It was incredibly difficult to select the winners from all the outstanding entries, each of which demonstrated great talent and a genuine passion to create exceptional experiences for others through music!”
“Congratulations Angela and KC from the Town of Williamston,” Mayor Mack Durham said.