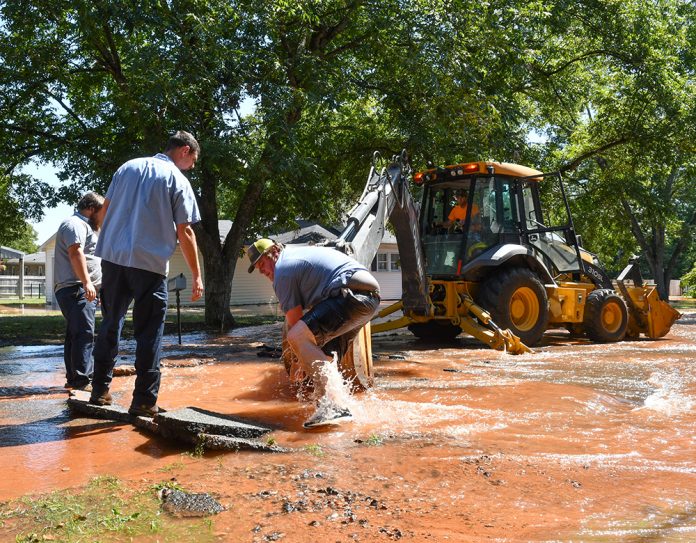 Clay Vickery, wearing shorts, along with other Town of Williamston workers look for the source of a water main break on Edgewood Drive in Williamston on Monday afternoon. An advisory has been issued by the Town of Williamston to any customers on the Williamston system to vigorously boil their water for at least one full minute prior to drinking or cooking until further notice.  Also, any ice made from water which has not been boiled should not be used for drinking purposes. This due to a 12 inch water main break.  The town of Williamston is presently working to repair the problem. (Photo by Michael lollis)

As of 6:45 p.m. Tuesday, the boil water advisory in the Town of Williamston remained in effect.