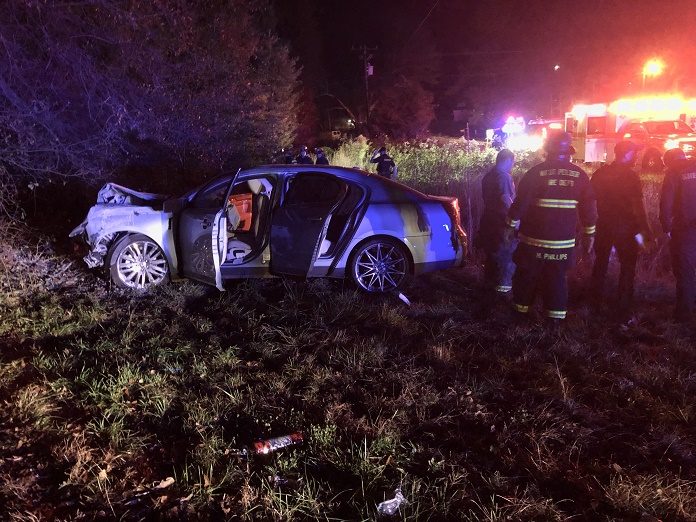 Five people were injured Monday night in a single car wreck near Pelzer. According to J. T. Foster of the Anderson County Sheriffs Office, deputies were attempting to stop a car that had came from Greenville County into Anderson County on Highway 8. The suspect turned onto Courtney Street and sped away. As the driver attempted to turn onto Page Road the car left the road and struck a tree and caught fire. Deputies quickly extinguished the fire. The occupants were transported to the hospital by Pelzer EMS and Medshore Ambulance Service. West Pelzer firefighters also responded. Charges are pending.