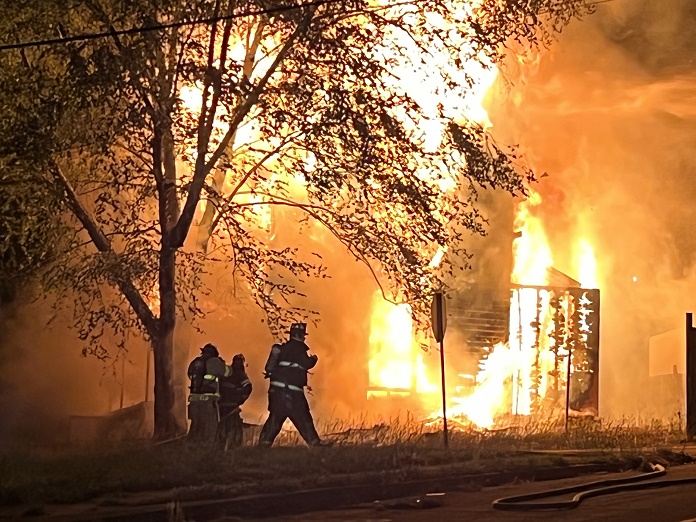 West Pelzer, Wren, Whitefield, Williamston, and South Greenville firefighters responded to a house fire in Pelzer early Thursday morning. When firefighters arrived at the house on the corner of Front Street and Smythe Street just minutes after receiving the call the house was engulfed in flames. Medshore ambulance service and a QRV stood by as a precaution. There were no injuries. This was one of several structures that have burned in that area over the past several months. (Photo by David Rogers)