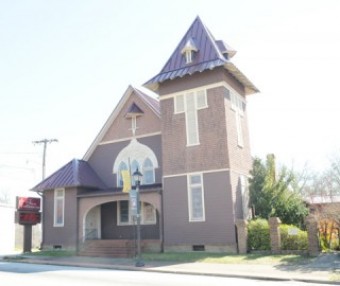 Established 1855
History: Among one of the oldest churches in Williamston. The first place of worship was  an arbor built by 12 members. The congregation sat on slab seats under shade trees. The pastor stood under the covered arbor to bring the message. 1855 log structure was built. No other churches in the vicinity and was known as a union church. 1871 first church was on the corner of Oak and Williams St. 1898 the new church was built by the community. Rev. Samuel Lander was superintendent of construction and financing. Rev. Lander went to Germany to hand pick the beautiful stained glass windows. G.U.M.C. has from 1858-2012 had 51 ministers. Grace has shared her ministers with Union Grove. The conference dissolved the Williamston  charge in 1972. The Rev. John Wesley Ropp was the first minister to serve only Grace. Other ministers were Rev. Joel Cannon, Rev. James F. Leopard, Phillip Hearse, Frank Lybrand, Karen H. Radcliffe, Carolyn Malphrus, Rev. Marguerite Kempie Shepard.