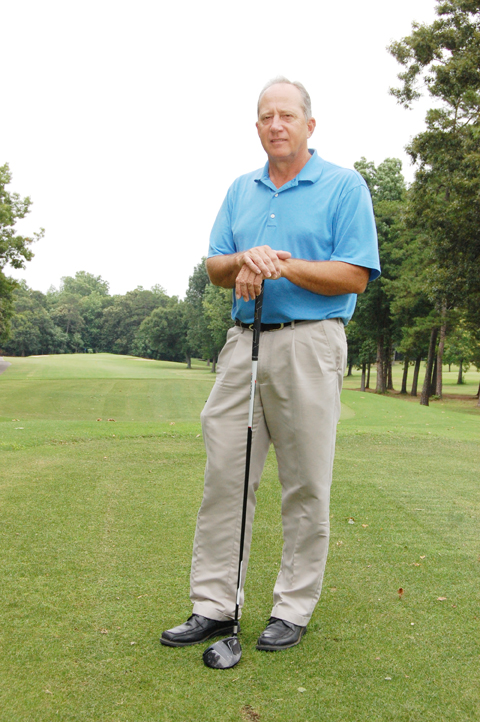 After leaving more than six years ago, Eddie Martin is returning as General Manager and Golf Professional at Saluda Valley Country Club. Martin began working at the club in December of 1984 and served as general manager until 2005.

“It seemed at the time to be a temporary job until the Board of Directors could find a buyer for the failing club,” Martin said. “Due mostly to red tape created by a membership owned club, this would end up being a long and tedious process.”

As time went by and through the Spring, things continued to improve financially and in other areas for the local golf club.

When Martin began working there, Saluda Valley had a mostly dirt and gravel parking lot, with power poles as curbing, no irrigation system and no cart paths.

Over the next several years, things continued to improve and the club borrowed approximately $500,000 to install an irrigation system, cart paths and pave the parking lot and areas surrounding the club house.

By adding new teeing areas, installing and rebuilding bunkers, sprigging fairways with a better type grass, and even rebuilding some greens, Saluda Valley became a fun and challenging place to enjoy the game of golf.

Also during this time the clubhouse was renovated several times, a new swimming pool installed and a new entrance to the club was built.

“All of these improvements have made Saluda Valley Country Club a course that the members and golfers in the surrounding area can be proud of,” Martin said. “I wish people could see for just a minute, the condition of this course when we started in 1984,” he said.”

Martin also gives credit to Alan Anthony, Mark Geddens, Lewis Wiles and to many other employees and Board Members for their part in making Saluda Valley Country Club the course it is today.

Martin invites all local golfers to join the club or at least consider it when they think about a place to enjoy a round of golf.

Saluda Valley will have a Meet the Pro social on June 11 for members to welcome Martin and his wife Karen back to SVCC.

Saluda Valley Country Club is located at 598 Beaverdam Road just outside of Williamston.

For more information call the Pro Shop at (864)847-7102 or email saludavalleycc@yahoo.com