Gracyn Moore celebrated her 16th birthday on September 1st. Instead of having a “Sweet 16” birthday party, she decided that she would rather have a fundraiser for the Upstate Honor Flight to help send a WWII Veterans to Washington, DC on the September 18th flight. In lieu of gifts for herself, Moore is asking people to make a donation to the Upstate Honor Flight program.

According to her mother Mandy, Gracyn was very sad when her Great-Grandfather, a WWII veteran, died before he could see the memorial.

According to her mother, she is a patriotic young lady and wanted to do something to honor her Great-Grandfather and to help other veterans make the honor flight trip.

Based on 2011 statistics, the country is losing World War II veterans at the rate of approximately 900 per day. The Honor Flight Network provides transportation for veterans and their escorts absolutely free.

The South Greenville Fire Department donated $500 to the Upstate Honor Flight on behalf of Gracyn Moore during a recent Honor Flight fundraiser.

The SGFD made the donation in honor of their firefighters who are veterans. Gracyn’s Honor Flight “Sweet 16” birthday party and fundraiser will be held September 8th at 7pm at Ebenezer Fire Department.

The fire department is located near Belton, just off Hwy. 413 at 1416 Due West Hwy, Anderson.

Gracyn is selling stars that can be purchased in honor or memory of a military hero.

The stars will be placed on Gracyn’s Wall of Heroes the night of the party. 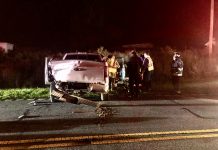 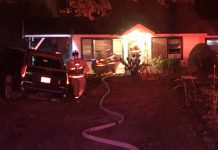 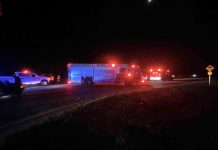