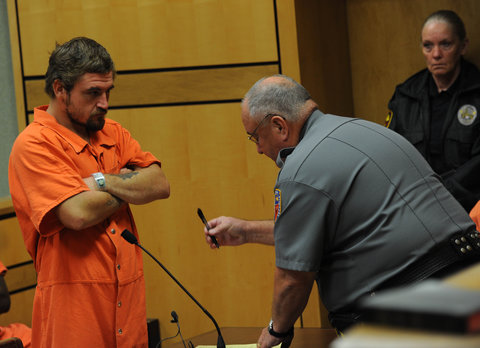 Thomas Leroy McDonald of Williamston was arrested Monday for bank robbery after turning himself in to the Anderson County Sheriff’s Office. McDonald was charged with the robbery of the Wells Fargo Bank on East Greenville St., in Anderson on Saturday around 9 a.m. He was also accused of being involed in another robbery incident which occurred at Ellison’s Service Center in Williamston last Thursday.

According to reports McDonald threatened a man with a pocket knife and then with a box cutter before taking a minivan, a laptop, a cell phone and cash.

He was in custody at the Anderson County Detention Center.

During a bond hearing on Tuesday, McDonald was uncooperative, telling Judge Ken Mattison he “didn’t want to be in court” and refusing to answer questions or sign documents required by the court, officials said.

McDonald also made comments about cameras in the courtroom.