The hard back book is 112 pages of photographs and prose and was the focus of the November exhibit for The Art League of Hilton Head Island. Tressel’s photographs from the book were enhanced with audio using the prose and poems of Tolly. The audio was read by Farmer Joe King and Margie. The favorable response from the art show, a local TV appearance and an article by David Lauderdale in the Island Packet has begun a series of book signings and invitations to appear at events.

Ironically, the book evolved mostly as an idea and there was no pressure to produce anything other than to express simple thoughts and share favorite photographs, Tolly said.

Accompanying Tressel on her photo shoots for Coastal Isle magazine and in her search for interesting subjects to photograph has been one of Tolly’s favorite pastimes, she said.

On location and in discussing the subjects of many of the photographs, they were surprised that their perceptions were so different. Tolly was seeing from the eyes of a native South Carolinian while Tressel from the eyes of an Ohioan. These diverse cultures and background discussions only enhanced each photograph.

One day when Tressel was selecting a picture to enter for the competition for the Beaufort County Preservation Calendar, she sent Tolly her picture of Sheldon Church to see how she liked it.

Tolly said she wrote her back with a letter dated in 1866 and her thoughts of being at the church seeing the ruins and feeling the desolation of someone who was there after the fire. Thus began an exchange. Tressel would send a favorite picture and Margie would write back her thoughts when she looked at the photograph.

One year later they had a book filled with an eclectic collection of exploring.

“It reflects a love of the coastal plain and finding dimension in ordinary things,” Tolly said.

The book can be ordered by contacting Margie Tolly at mmtolly@aol.com or Marci Tressel at islandartl@aol.com. A sample copy of the book and order forms are also available at The Journal offices. 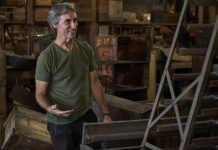