During a special called meeting Monday, Pelzer Town Council approved first reading on their 2015-16 budget as presented and tabled a proposed sewer rate increase until September.

Depending on when the first payment on the Phase 2 sewer loan is due, postponing an increase could result in a deficit in the 2015-16 budget over the coming year.

Several Council members stated they would voluntarily cut their monthly salary to help with the town’s finances, but unless other cuts are found, the savings will not be near enough to make up a $38,512 deficit in the first draft budget.

Mayor Steve McGregor said he will cut his salary of $800 per month in half to $400 per month. McGregor said the current salary was the mayor’s salary when he became “mayor by default” several years ago and explained that he took the position of mayor because no one else signed up to run.

Councilmembers Tony Riddle and Cheryl Boudreau declined to reduce their salary, however Boudreau later said she would consider it. Councilmember Sandra Ragsdale was not at the work session.

Boudreau made a motion to table the proposed sewer rate increase which was followed by a lot of discussion between council members and some of the twenty or so residents attending the meeting.

Town Administrator Skip Watkins provided a recap on the RDA loan payment which will result in the shortage in the town’s budget if not addressed.

A sewer rate increase of approximately $10 per month is necessary to meet the required RDA payment on the $1.5 million loan for the town’s Phase 2 sewer project.

A reduction in expenses and/or a sewer rate increase will be necessary for the town to cover the new loan payment in the 2015-16 budget, according to Watkins.

Council was presented three options as part of a budget presentation during their regular monthly meeting May 11.

Watkins recommended the hybrid rate, stating that it would be the fairest.

The payment is based on an average of 539.8 water/sewer customers the town serves.

The town has not yet been notified of when the first payment on the 40 year loan will be due, however Watkins suggested the new rate be put into effect in July in anticipation of the payments.

Topics of discussion went from the sewer rate increase to other ways the town could save money.

There was some general discussion on franchise fees, ReWa billing and the town’s reserve fund, which is down to only $38,992.

There was some discussion on the upcoming annexation referendum on June 9 and the effects it could have on the budget. *(See separate story)

If it passes, a franchise fee on three utility bills could significantly impact the budget in a positive way.

There was also discussion on the town’s recreation program which has expenses of $175,761 and only brings in revenues of $83,365. It was mentioned that the town may have to consider increasing recreation fees for participants from outside the town.

A motion was then restated by Boudreau to accept the budget as presented minus the voluntary salary cuts and table the sewer rate increase until September 16.

Due to the annexation referendum being held on Tuesday, June 9, the community building will not be available for the next meeting of Pelzer Town Council.

Persons interested in the annexation referendum election or with questions about it are invited to attend the meeting.

In the case of an overflow crowd, the meeting will be moved to the Pelzer gym. 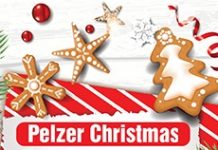