By Stan Welch
A proposed merger of the Pelzer and West Pelzer public works departments that was triggered by the departure of Pelzer public works director Brad West earlier this year is a done deal, according to West Pelzer Mayor Blake Sanders.
Mayor Sanders announced to his Council Monday night that the transfer has been accomplished and that a third employee, Steven Eudi, of Pelzer, has been hired. Eudi will essentially perform his duties in Pelzer, unless additional manpower or resources are needed. By the same token, Eudi will be available in West Pelzer if needed. He will begin work on March 27th.

Merger is perhaps a bit inaccurate, since West Pelzer essentially absorbed the Pelzer department, including its vehicles, and its equipment and inventory of parts. Last month, Mayor Sanders informed his Council that West Pelzer would assume the operation and maintenance of Pelzer’s water and sewer system under the expanded public works department. Monday night, he informed the Council that the transition had been accomplished.
Sanders and Town Clerk Paula Payton told the Council that a complete inventory had been completed, including two trucks that West Pelzer has taken possession of. One aspect of the arrangement was the adoption of a policy Monday night governing the use of town vehicles by town employees.
In explaining the need for the new policy allowing such use of town vehicles (See related story elsewhere in this issue), Sanders described a possible scenario where Eudi might encounter a situation after normal business hours in Pelzer, and have to travel to the West Pelzer sewer plant to retrieve a truck, when he could avoid that delay by having a truck at his home.
The newly expanded department, headed by West Pelzer Public Works Director Michael Mahaffey, will operate and maintain the water and sewer systems for both towns. Sanders said Monday that the new department’s duties extend beyond that, including maintenance of the monkey park and grass cutting of town properties.
Blake described the arrangement as an extension of the concept of ‘two towns and one community’ that both town governments have promoted in recent weeks.
In recent public statements, such as comments made at the kayak facility ribbon cutting in Pelzer Monday afternoon, both mayors have made mention of the growing cooperation between the towns. (See related story elsewhere in this issue.)
Another aspect of the agreement designated local contractor J&M Construction to handle major issues, such as broken lines, on an hourly rate. The arrangement is designed to leave the regular public works employees free to perform their routine duties while the larger matters are addressed.
Elimination of duplicate equipment and services is expected to save each of the towns approximately forty thousand dollars a year.
Under the terms of the agreement, Pelzer pays fifty five per cent of the costs of all joint services involving the towns. They will pay fifty five per cent of all public works salaries and benefits incurred by the three employees, as well as operating expenses, such as fuel for the various vehicles.
During Monday’s meeting, Sanders showed a map that indicates all of the electronically read water meters in West Pelzer, adding that Pelzer has no such meters at this time. “But we are working on that, aren’t we Councilman?” he said to Pelzer town councilman Roger Scott who was in attendance at the meeting. 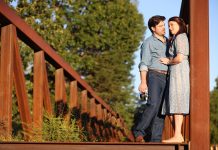 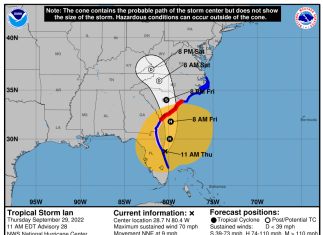