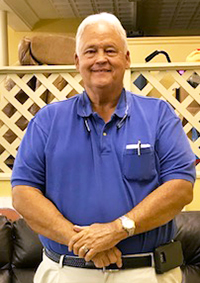 Note these results were confirmed Wednesday – Pelzer voters decided Tuesday that Roger Scott will serve as their mayor. In unofficial results Scott received 138 votes to Kimberly Wilson’s 98. In the race for the four seats on Pelzer Town Council, Olene Bear was the highest vote getter with 174. Mike Matthews was the next with 154 while Gary “Garbo” Pridmore received 138 votes. Write-in candidate Eddie Waits appears to be the fourth candidate who will serve on council, with 118 votes. Incumbent Will Ragland received 110 votes. Teresa Ramsey garnered 83. The top four vote getters will serve on the four council seats. Due to the number of write-in votes, and the close count between Waits and Ragland, the Pelzer election commission will have a recount Wednesday to confirm who is the winner. Sandy Jeanes, who withdrew from the race prior to the election, received 23 votes.

In the West Pelzer town election, incumbent Johnny Rogers received 66 votes, while new comer Vickie Farmer had 60 and both will serve on the West Pelzer Town Council. Jimmy Jeanes came out on the short end of the count with 32 votes for the two open seats on council.