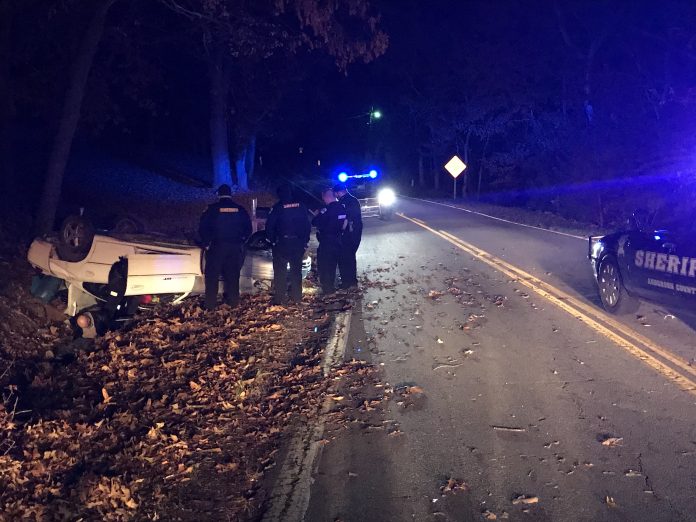 A wreck occurred during a chase near West Pelzer Sunday night.  The wreck happened at 11:07 p.m. along Osteen Hill Road at Mustang Drive in Pelzer.  The Anderson County Sheriff’s Office said a deputy spotted a vehicle failing to stay in its lane and weaving. When the deputy activated lights and sirens in an attempt to pull the driver over, he said the driver fled at a high rate of speed.  The pursuit continued onto Osteen Hill Road where the driver lost control and flipped the vehicle multiple times before it landed on its roof.
According to the incident report, the deputy held the driver and a passenger at gunpoint until backup arrived on scene. Deputies identified the driver as 37-year-old Anthony Brian Cowart of Fountain Inn. Cowart was transported to the hospital after complaining of severe lower back pain by Pelzer EMS and later released. He was transported to the Anderson County Detention Center. West Pelzer firefighters also assisted at the scene.
Investigators said a small bag was found in the coin pocket of Cowart’s pants which field-tested positive for methamphetamine.
Cowart is charged with driving under suspension, second offense, failure to stop for blue lights and siren, and possession of methamphetamine. (Photo by David Rogers) 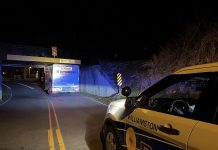 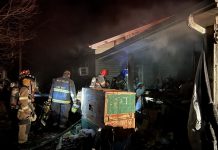