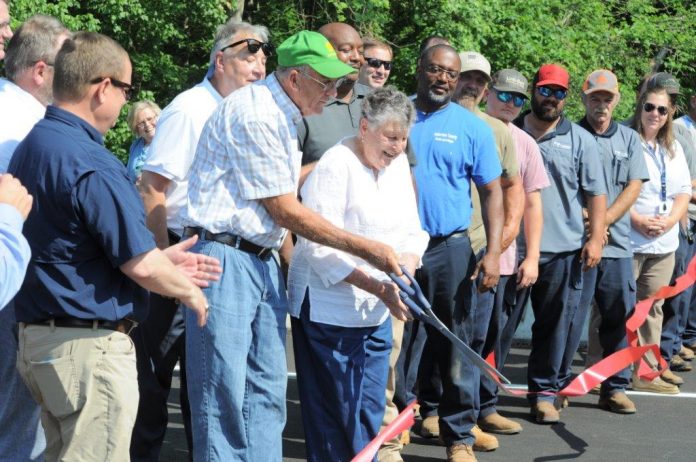 Pictured – The bridge that was washed out on Shackleburg Road last spring has recently re-opened. As part of the ribbon cutting, a dedication ceremony was held for the new bridge, which was named the Owen Farm Bridge, in recognition of the Owen family’s 106 year tradition of farming in the area. Martin and Mary Ellen Owen, Senator Richard Cash, Rep. Brian White, County Council members Brett Sanders and Jimmy Davis, Sheriff Chad McBride and County Administrator Rusty Burns were among those attending. Replacement of the bridge cost $497,000. The work was done in house by the county roads and bridges department. Pictured at the bridge dedication are local farmers Martin and Mary Ellen Owen.

Work on the new bridge on Shackleburg Road bridge has recently been completed and is now open. The new bridge, constructed by Anderson County Roads and Bridges Department, was named the Owen Farm Bridge, in recognition of the Owen family’s 106 year tradition of farming in the area. Martin and Mary Ellen Owen attended the dedication recognizing their family farm.

The Owen Family Farm was designated a South Carolina Century Farm in 2009. The designation recognizes farms that have been in the same family for one hundred years or more. At the time there were 340 properties that had been given the designation since the State House of Representatives began recognizing them with resolutions in 1974.

The 200 acre farm was started by Martin’s grandfather, Jeff Owen in 1905, the same year Theodore Roosevelt began his first full term as president, the City of Las Vegas was founded, and Albert Einstein published his groundbreaking theory of relativity.

Martin’s father Ralph Owen continued the family farm tradition, milking as many as twenty cows a day by hand, picking up countless buckets of milk that had been kicked over by the cows and selling his milk, butter and cream products door to door in Anderson County.

In 1954, electric milking machines were installed at the farm, bring increased speed and efficiency to the Owens’ operations. The family expanded its herd of cattle to more than 140.

Martin became a farmer on the family farm at age four, when he began milking cows by hand to help his family. Over the years he became an integral part of the farm operation until the family sold the dairy herd in the late 1990s.

Following the death of his parents and sister, Martin, with Mary Ellen’s support, began raising registered Black Angus cattle and the feed for the cattle, continuing the Owen Family’s farming tradition into the 21st Century. 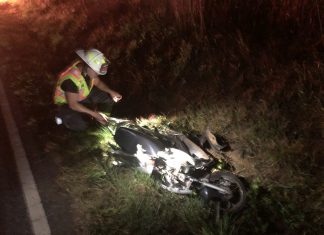