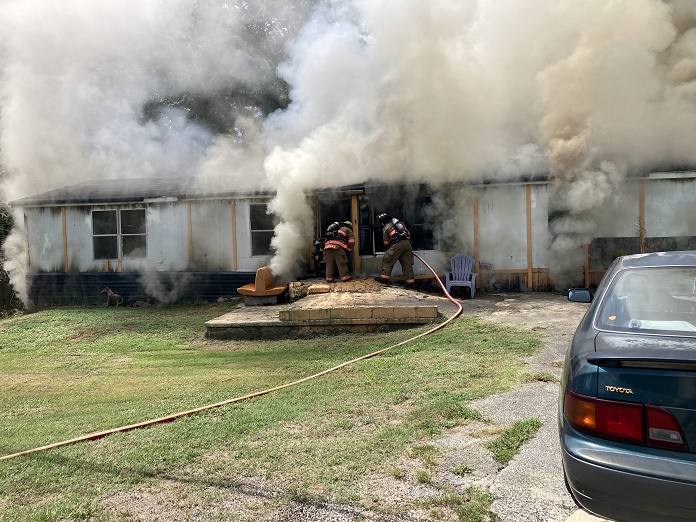 The Anderson County Coroner’s Office is investigating the death of a woman discovered in a house fire by firefighters. A 911 call was received around 1:20 pm Wednesday reporting a house fire at 1197 River Road in Piedmont.

Upon arrival of the Fire Department they found a mobile home fully engulfed in flames and after extinguishing the fire, firefighters located the victim in her bedroom.
Don McCown, Chief Deputy Coroner identified the victim as Connie Clark Panagakos, 61 years-old, of Piedmont.

The preliminary investigation indicates that the victim died of smoke inhalation and there appears to be no indication of foul play. An autopsy has been scheduled for Thursday morning. The investigation is on-going by the Anderson County Office of the Coroner,