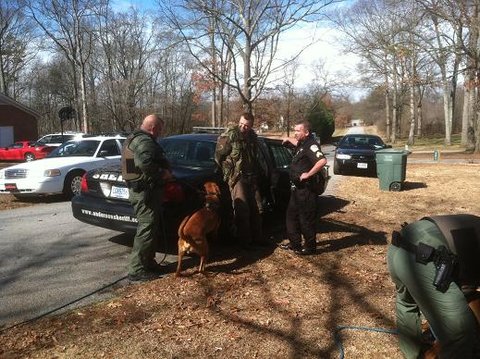 Anderson County Sheriff’s Deputies have apprehended a man they said attempted to break into a home near Williamston Friday morning Sheriff’s Deputies brought in tracking dogs and a helicopter in the vicinity of Cherokee Road just outside the town limits to search for the suspect. The man was in custody by 1 p.m. Chad McBride of the Anderson County Sheriff’s Office said a woman reported she saw a man trying to break into her home and called police instigating the search.